Pancras Square is a prestigious development on a former brownfield site a few steps north of King’s Cross and St Pancras International railway stations, known as the King’s Cross Central development.  The Square was designed to have the atmosphere of a continental town square, minus the traffic, and to act as a gateway to the newly redeveloped King’s Cross area.

The master plan for the site represented one of the most exciting and significant development and regeneration opportunities within the UK, where over 40% of the land area was allocated as public open space. Pancras Square is considered to be the new tranquil centrepiece to the commercial heart of King’s Cross, and with exceptional transport links it has attracted high profile tenants. 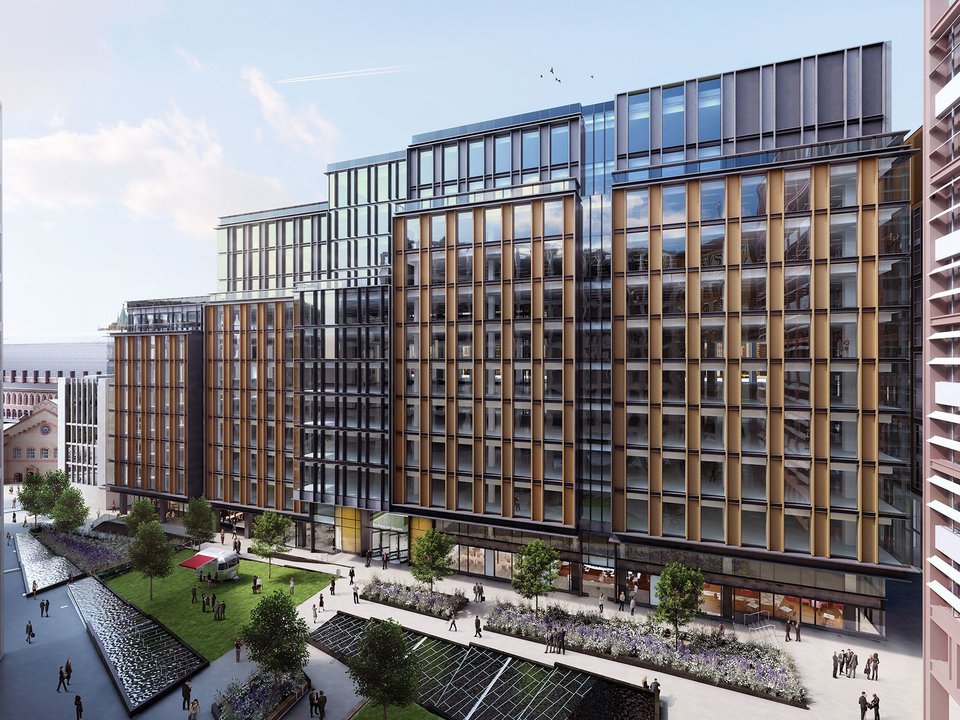 6 Pancras Square was developed by BNP Paribas on behalf of AXA, and the building was completed in early 2015.

The building has been designed to be highly efficient and flexible, with almost column-free floorplates.  Combined with an eleven storey glass atrium at the core which is glazed at roof top level, creating a cylinder of light at the heart of the building and providing daylight into the office floors, the space is light filled.

Waverley were employed by contractors Vinci UK to provide window shading for the Category A fit out of the new build.  This was not only to the exterior facade but also to the glass atrium.

Because the developers required the scheme to meet the highest sustainability targets, a BREEAM ‘Excellent’ rating was the goal. The architects paid particular attention to glare and solar gain reduction in order to meet the BREEAM criteria. At the same time they recognised the importance of maintaining a view of the outside from all elevations to provide the best tenant experience for staff health and well-being. 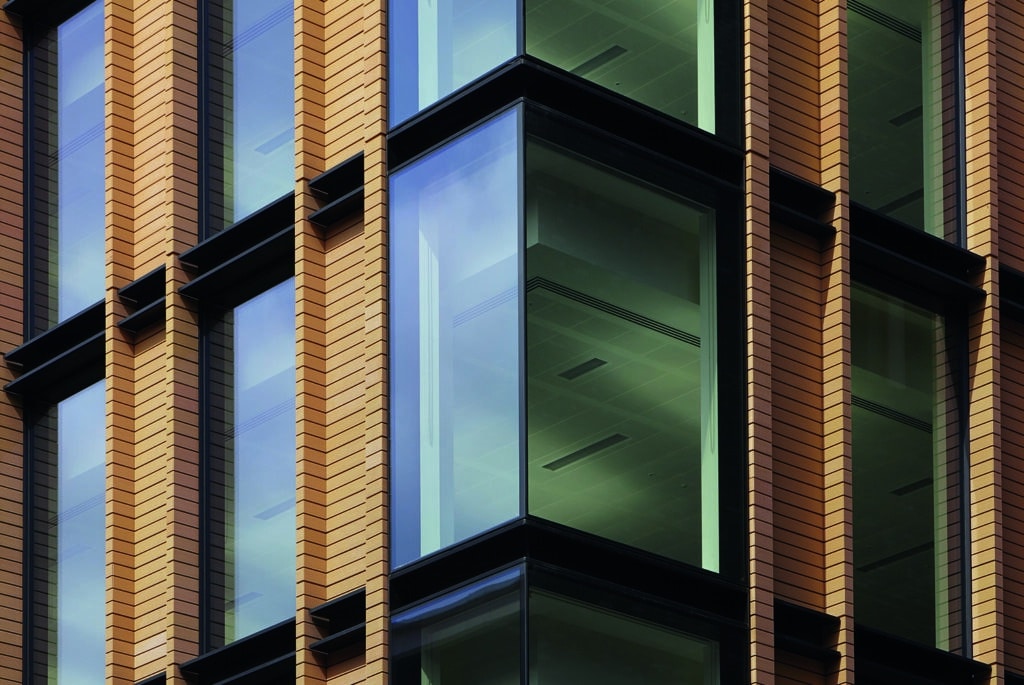 The use of window blinds for glare control contributed by itself one credit under BREEAM 2008 in the Health & Wellbeing category.  After further consideration, and with input from Verosol’s technical department, a thermal modelling study proved that Verosol’s high performance SilverScreen metallised screen fabric with 4% openness returned the optimum shading coefficient. Use of this fabric throughout the building with our ShadeTech RBL-C Roller Blinds contributed an extra BREEAM credit related to thermal comfort in the Health & Wellbeing category. 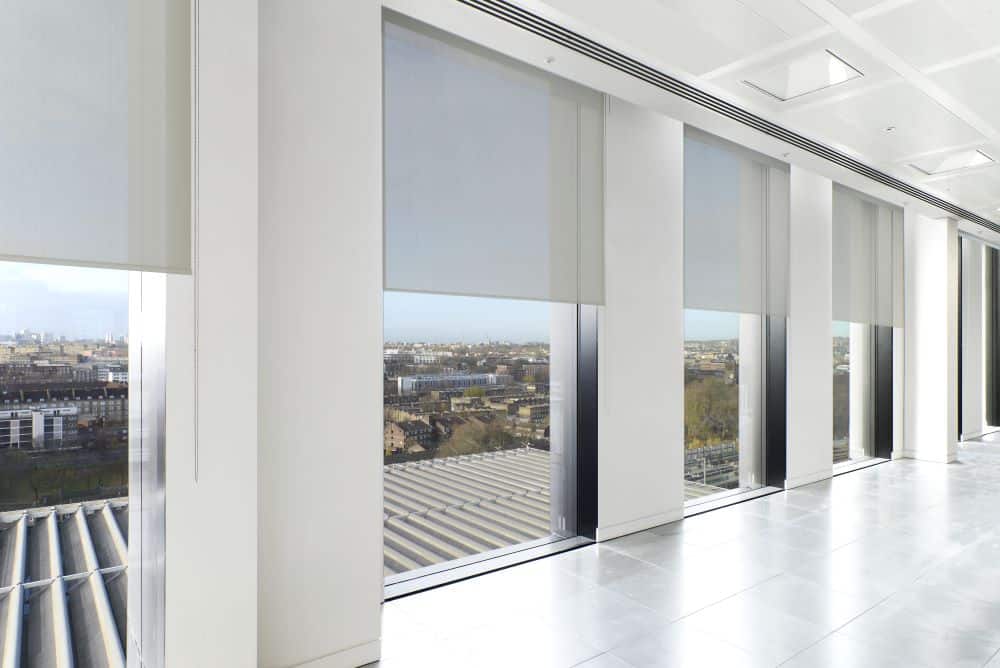 The specified blinds were manufactured, supplied and installed by Waverley and the project was awarded BREEAM ‘Excellent’: a fantastic achievement.  This was a great landmark project to be involved with and also a success for the developers who subsequently let 6 Pancras Square to Google as part of their office relocation to King’s Cross. 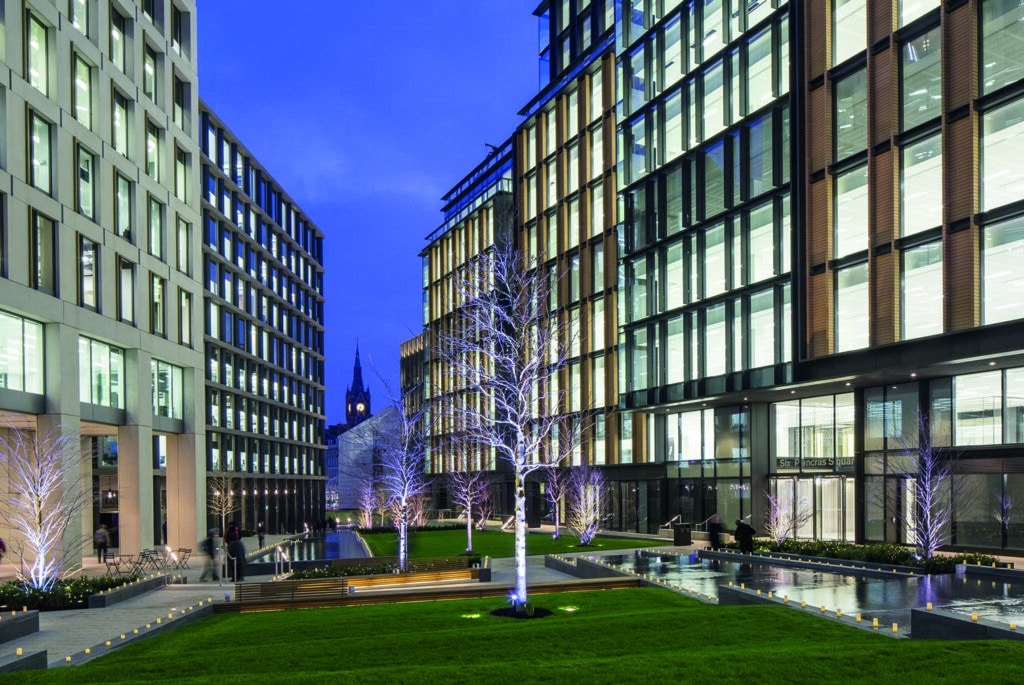 The completed Pancras Square boasts great landscaping, including a tiered water feature, a variety of trees and planting.  Together with numerous food outlets, bars and restaurants, this is a convivial hub for the offices in the Square occupied by global tech and media companies.  The district has a creative vibe and is only a 5 minute walk from the retail and foodie destinations of Granary Square and Coal Drops Yard.