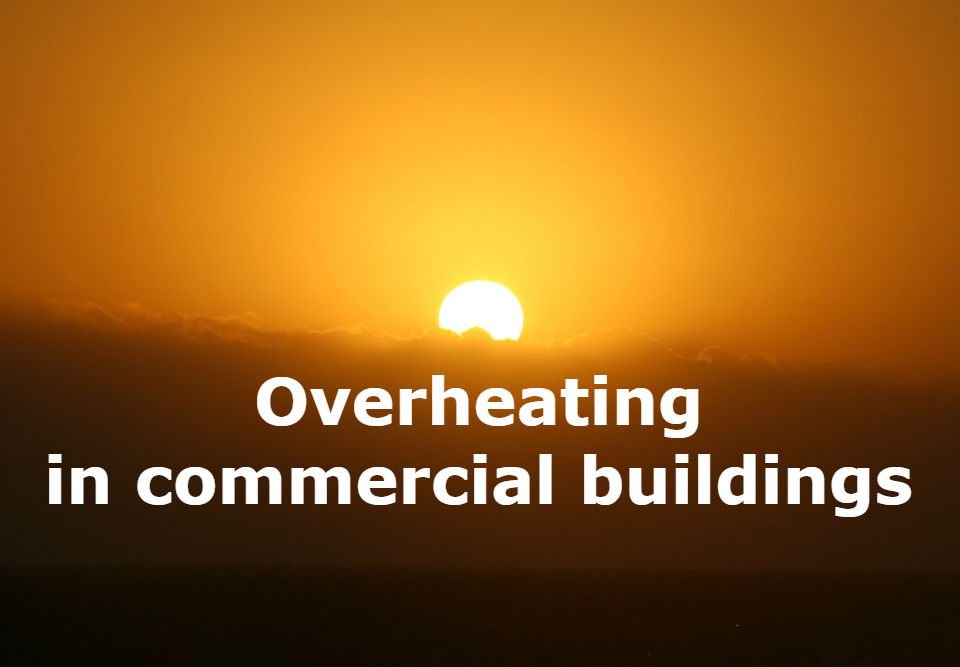 As we enjoy (or endure?!) the longest heat wave for over 40 years, this blog looks at the issue of overheating in offices, what the common factors are that contribute to this challenge and the solutions that have the biggest impact.

The term overheating refers to discomfort to occupants caused by the build-up of warmth within a building. It is considered to be a growing problem in the UK due to climate change and increasing amounts of electronic equipment inside the building and the modern trend for floor to ceiling glass in buildings.

The Chartered Institution of Building Services Engineers (CIBSE)  define overheating as: ‘conditions when the comfortable internal temperature threshold of 28°C is surpassed for over 1% of the time.’

Occupants can suffer serious health issues as a result of overheating. In 2003, an increase of 2,000 deaths in the UK due to heat exposure is blamed on the heatwave that year.

As most would consider the UK climate to be cold rather than warm, current Building Regulations are considered by some to lean towards insulating buildings to conserve heat in a cold climate.

There are various factors that contribute to overheating including:

As can be seen from the above list it is radiation from the Sun that is the biggest contributor to heat build-up. All humans depend on natural life for their health and wellbeing, so finding ways to combat the effects of solar heat gain is the key to preventing overheating in buildings.

Advancement in glass production means that low E glass can have a significant impact on reducing solar heat gain in buildings. External window blinds are highly effective in reducing heat build-up as they block solar radiation before it passes through the glass. Retro-fitting external blinds, particularly on high rise commercial office buildings can be difficult so the next best solution is internal blinds with high performance reflective fabrics.

Fabrics such as Verosol Silverscreen which have a metallised backing facing the glass, can block up to 82% of the solar energy that enters the building through the glazing. At the same time it allows a vision through the fabric so that occupants can still benefit from natural daylight and view of the outside world.

You can view a short explainer video which shows how effective it is compared to other blind fabrics. Contact us for a sample piece of fabric, or to arrange a free, no-obligation visit from one of our shading experts.